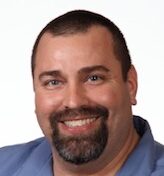 Bill is both a coach and an assistant club director at Club Extreme Volleyball.

Bill got into coaching at Elite Sports Ohio in 2011 and 2012 serving as an Assistant Coach for a 15 Regional team. Bill came to Club Extreme Volleyball in 2012, serving as a head coach for a number of teams.

Bill took a leadership role at Club Extreme Volleyball in 2015 in organizing the Spirit-wear orders. From there Bill was promoted to be an Assistant Club Director in 2016, where he has led record-keeping for player and team information, maintaining the club website, and fundraising, as well as helping with scheduling, try-outs, and tournaments.

Bill has lived in Brimfield, Ohio since 1994 with his wife Ruth Gill. Bill has 2 adult kids and 2 younger kids along
with 11 grandkids. Bill is an operations associate for Milestone Trailer Leasing, as well as a certified pistol instructor for Taylor Defense Academy.