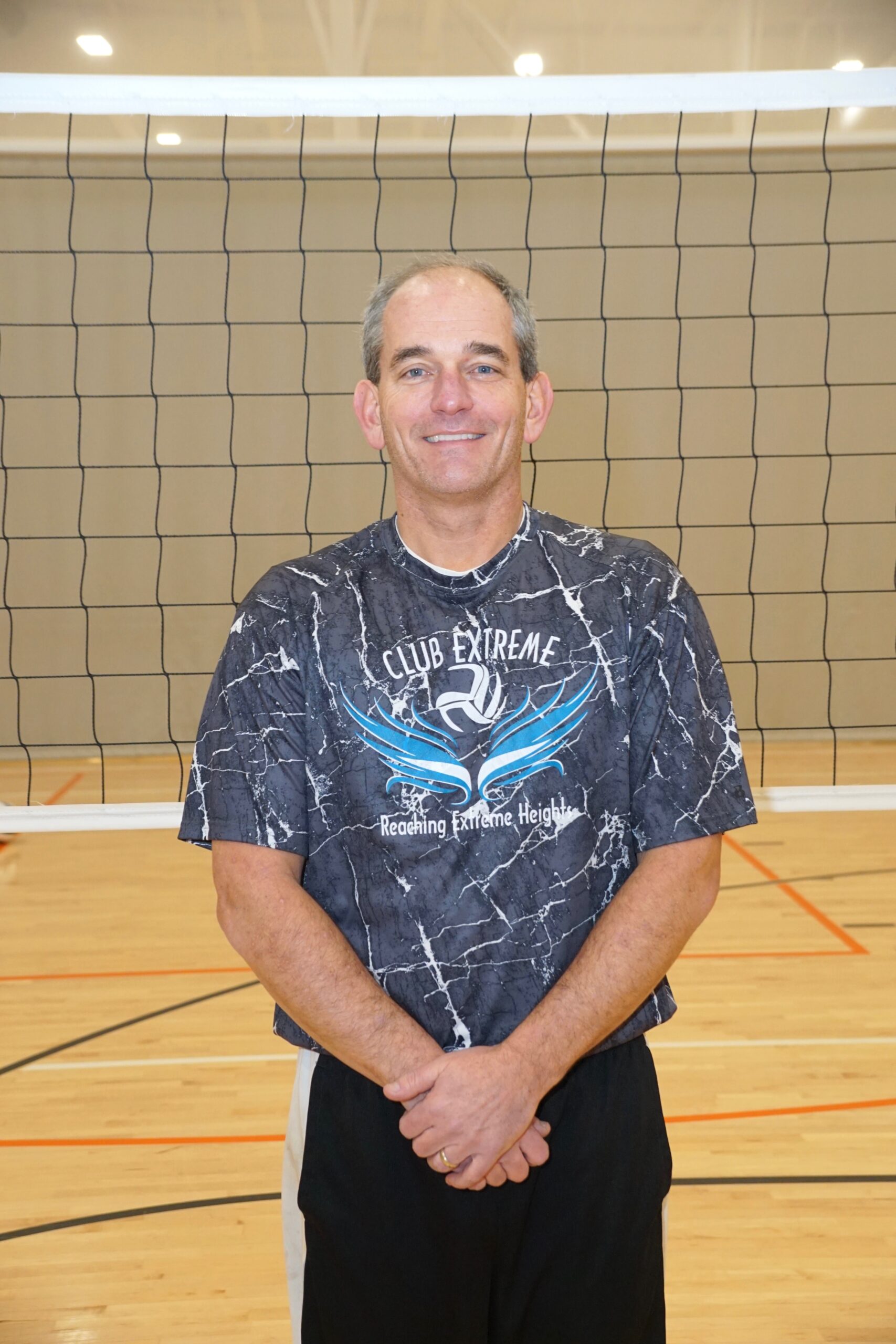 Tom has coached at Club Extreme Volleyball since 2015 and has a volleyball career stretching almost 30 years, both as a competitive player as well as a coach.

Tom’s daughter played at Club Extreme Volleyball from 2011-2015, and since Tom has coached 12U teams and sometimes 13U teams. Tom additionally has run 5th and 6th-grade volleyball clinics for many years to help develop younger players in Manchester.

Tom lives in Manchester, Ohio, and is married with 3 grown children. Outside of Volleyball, Tom works as a software engineer.